Is This Really a Food Story? 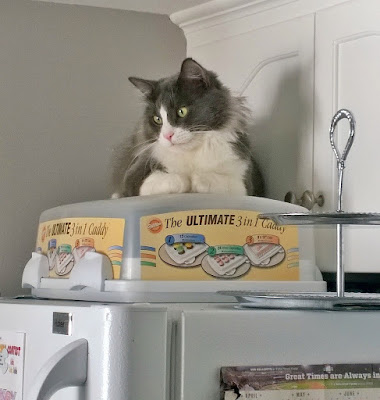 I have a fairly expansive view of what constitutes a food story. It has to have something to do with food, and not just peripherally. But food doesn’t necessarily need to be the sole and central topic, either. Does that make sense?

If it sounds a bit vague, that’s because clarifying the criteria for a food story seems to be a bit like the infamous definition of pornography: I know it when I see it, even if I can’t quite adequately describe it. But let me try to describe it ... a food story, that is.

I think a church dinner is a fair subject for something labeled a food story. But the food, which is undoubtedly delicious, is not the point. The gathering over a meal is, by far, the more important aspect. The welcoming of those in need is the crux of it, if the particular meal is meant for those who are hungry rather than, say, being a potluck for congregants. The role of food, as it offers sustenance as well as an entree into forming friendships and creating community, is what matters more than the specific dishes or the recipes for them.

I once wrote about the ice cream vending machine in a hospital cafeteria, and how its robotic arm – which reached into a cooler to pull out the selected item – was an amusing diversion. Because when a loved one is sick, even something as simple as this can be an entertaining respite. And it can be fodder for a story that may be food-related, but really isn’t entirely about the food.

Overwhelmingly, I find that people respond better – in greater numbers but, more importantly, personally and intimately – when the story veers from the straight, narrow, and literal topic of food. Because it becomes a human story, instead, that happens to have food as an ingredient.

When writing last Thanksgiving about fractured families that don’t gather together for the holiday because of various misunderstandings and grudges and traumas, the story was about how to overcome the sense of loss as others celebrated festively. My planned menu was barely acknowledged, an aside that was irrelevant to the admission that my family wouldn’t qualify for a Norman Rockwell painting. The column may have mentioned a meal, but the story wasn’t at all about the turkey, the stuffing, or even the pie.

And when I wrote about Hobbesie, whose real name is Hobbit, I told of having found a scrawny, crying cat wandering in my neighborhood and how he proceeded to earn his name by eating several breakfasts, lunch, afternoon tea, dinner, and evening and bedtime snacks, too. (Hobbesie is now hefty enough that he might make a hearty meal, himself, if he lived in a different community.) Ostensibly a story about a cat, it was really about rescuing a new family member by sharing food and love ... and more food.

I don’t think readers look to me for stories that are strictly about food or recipes or cooking or shopping or restaurants. Rather, it seems my friends stop by to share in a conversation about the varied and myriad roles that food plays in our lives, the ways that it is a part of our story – individually and collectively – beyond merely what we’re serving for dinner tonight.

Folks may read what I write, some days, and wonder, “What does this have to do with food?”

But to me, the stories are always about food. I might talk very specifically about Oreos and the glut of newfangled models that don’t quite qualify for Oreo-dom. But then I’ll also write about sharing some of those new Oreos and making a friend in the process, using the cookies as a supporting player rather than casting them in a starring role.

So what constitutes a food story? I’m not sure if I’ve necessarily clarified that. A friend once told me that he thinks anything and everything could potentially be a food story, even World War II if you looked at it in terms of rationing, Spam, and victory gardens.

Simply put, I think there are far more ingredients to a food story than merely, and literally, the food.

A Cat, a Kitten, and Coming Home 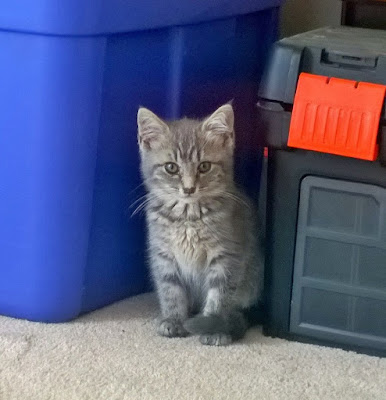 My poor, sorry blog has been neglected ever since I started my job as Food Editor at The Toledo Blade in February of 2014. Deadlines, stories, and not enough time have kept me from stopping by here very often. And I've missed everyone!

So today, after chatting with a couple of our editors, the suggestion was made that I could use this space for random stories, for stories that aren't quite what the paper wants on the food pages, for stories that deserve to be read but need a different space.

Here's the first installment, then: a story about Craig's and my new kitten. It's a sequel to an earlier story, and I've included a link. I'm hoping to do this fairly regularly ... we shall see. Time is elusive, and there's not enough of it. But I'm going to try!!! (If you want to follow my writings and adventures, the best bet is still The Toledo Blade Food Page, on Facebook.) 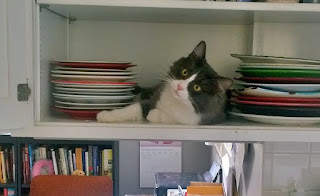 In January, I introduced everyone to my cat, Hobbesie. (Here's the story.)

His proper name is Hobbit because, as I noted, “he likes to eat breakfast. And second breakfast. And a mid-morning snack. And brunch, followed by lunch, second lunch, and afternoon tea. He wants ’linner’: a lunch/dinner combo. He likes supper, dinner, an evening snack and a midnight snack.”

Hobbesie has filled out nicely (perhaps just a touch too nicely, as he’s a sturdy 10-pounder now), compared to the scrawny little thing he was when we found him wandering in our neighborhood last fall.

Given how popular he seemed to be after his introduction, with lots of feline fans telling me about their own cats’ quirky names and unusual eating habits, I thought you’d like to know that Hobbiesie now has a baby sister, Graycie. Needless to say, we called her that because she’s gray with a light-colored striped stomach. 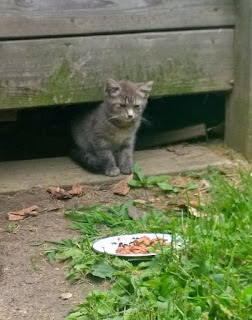 Graycie was living under the deck behind our house, and we’d see her with two other cats who were much bigger than she was. Neither seemed to care for her efforts at snuggling; one of them actually swatted her when she tried to cuddle up. The three would come up for the food we’d started providing once we realized they were there. A very round raccoon also enjoyed joining the party. The buffet was served every night.

We checked with several rescue organizations, and it became clear that the older cats wouldn’t be domesticated very readily. But Graycie was very little, so we tried to capture her.

She was skittish and afraid, but gradually would come out to eat some soft canned food even if we sat close by, hoping to make her comfortable with our presence. As a skinny little scavenger, Graycie didn’t have a particularly discriminating palate and happily ate everything we offered.

Very quickly, the older cats seemed to have left her alone. It was as though they’d completed their mission, dropping her off at a new home where someone would take care of her. Graycie would sit alone in the middle of our deck and cry, but then run back under the slats any time we gently tried to get close.

There’s one sure way to lure a little frightened cat, though.

You call it tuna. I call it kitten kryptonite.

We put a small bowl of it into a carrier one evening and she soon tiptoed out in search of the treat. At which point we shut the door, brought her inside (to Hobbesie’s great delight as he sat on top of the handle), and then took her to a vet the next morning. He guessed that she was about eight weeks old.

Some creeping crud in her eye, a bad smell, fleas, and being hungry were the only medical issues. Eye drops, oral meds, death-to-fleas treatment. Then Graycie was discharged to come home. Our home.

Ravenous as she was, it didn’t matter whether we fed her Hobbesie’s kibble for indoor cats or her own kitten chow. Cans of chicken, turkey, tuna with egg, salmon, pate (which Hobbesie loathes) or tidbits or filets ... Graycie ate it all. 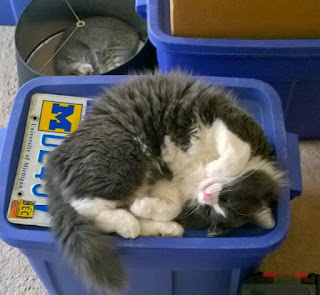 Until a few days later, when she snubbed the beef shreds.

Sure, Hobbesie ate out of her bowl because it somehow seemed new and exotic, and he was likely teaching her who the Alpha Male was. But Graycie just retaliated by eating out of Hobbesie’s bowl. It all worked out and no one was going hungry.

And so, with the new-found comfort of knowing more food would be available, Graycie let us know she didn’t want beef. She waited ’til her minions served her something better.

I used to joke that Hobbesie was our starter cat, and happily he likes having Graycie around.

Maybe the next cat will be beige. I already have a name picked out: Matzah Ball.