Memphis in May Tribute - Good Luck to "Too Sauced to Pork"! 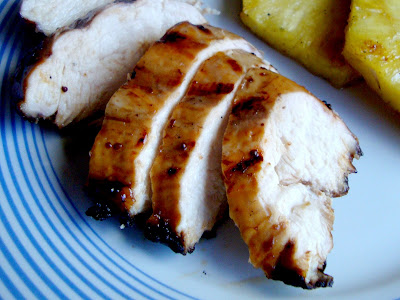 Jenn, of Jenn's Food Journey, and I have talked a lot about meeting at Memphis in May - a fabulous festival which boasts the supreme World Championship BBQ Contest (otherwise known as The Super Bowl of Swine!).  It starts tomorrow.

Neil Gallagher, of the prize-winning team Too Sauced to Pork, has offered to keep my name on his booth's guest list for two years now, which would enable me to eat to my little heart's content (since local health regulations prevent teams from feeding attendees, unless they're invited). I'd even planned to become a team member, helping in whatever way I could, even though my primary skills to offer are only sauce stirring and schmoozing with visitors. Neil and his buddies were accepting dishwashers, servers, choppers, and especially barbecue mavens to help with the effort; any skill, as long as it was offered generously, was welcomed. And they also planned to teach willing newbies like li'l ol' me, sharing the secrets to world class barbecue.

I saved and I planned and I dreamt ... but, alas, once again "real life" has intruded upon my little fantasy and has prevented my getting to Memphis for the party. Jenn isn't able to go this year either, although we were in serious negotiations about the trip - and about finally meeting in the real world, not only chatting in cyberspace - just a few months ago.

"Disappointed" is a woefully inadequate word to describe my dejection. The food, the aromas, the fun, the ambience, the festivities, the allure, the friendships ... everything was luring me down there. I scoped out restaurants along the way, and even across the state lines in Mississippi and Arkansas, too, planning my eating adventures and whetting my appetite. 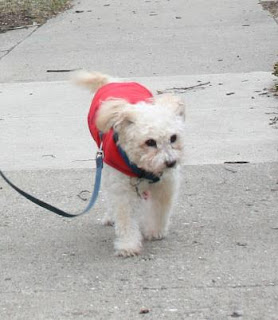 Instead of getting sunburned and feasting gluttonously on pork and other goodies, though, I will be at home where family responsibilities beckon. (And if I seem to be a bit a.w.o.l. - waaaaaay behind on reading, commenting, and staying in touch - this is why. I've been serving as the figurative ham 'n' cheese in the "Sandwich Generation," with duties as both parent and child; and Craig's very sweet dog, Sammi, sadly was put to sleep last week.)

But the holiday of Shavuot [shah-voo-OHT] - which celebrates the bestowing of the Torah - began at sundown last night. I will eat traditional dairy foods, enjoy a few days off (the Jewish holiday in addition to time that I'd taken in anticipation of my trip), and have fun while also trying not to pout too much.

So Jenn and I will be in Memphis, at least in spirit! We have teamed up to offer "good luck" posts today to Neil and the team, as well as to everyone enjoying the party. I'm not a bar-b-cutie by any means - I don't own a smoker, and I don't devote days to injecting, rubbing, and mopping any of my foods. I simply grill, and do so impatiently, too, despite knowing that I should just leave things to cook over the heat without fidgeting and nudging.

But even though I'm not a world-class barbecuer, this simple, flavorful chicken and pineapple meal is a great way to celebrate the start of the grilling season!

(If you'd like to support Too Sauced to Pork, you can buy team-related clothes and other goodies here.)

Place chicken breasts into a gallon-sized freezer baggie. Combine remaining ingredients, then pour over chicken. Seal bag, turn to coat, then refrigerate chicken for a minimum of 2 hours. Remove chicken from baggie and discard marinade.

Heat grill to medium-high. Place chicken away from flames and cook 10 minutes per side. For last minute on each side, place over flame to encourage grill marks. Remove chicken from grill and let rest for 5 minutes, then slice. 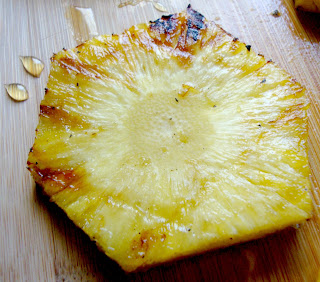 Trim top and bottom from pineapple; stand it upright and trim rind from sides. Turn pineapple on its side and cut into 6 slices.

Fantastic tribute, Mary!! I can't wait until the planet align properly and we find ourselves basking in the smells of competition barbecue!!!

What do you mean, discounting that wonderful skill, 'schmoozing with visitors.' That's hugely important. In fact, I think they should pay your way (and Jenn's). Oh well, maybe next year. Good luck to 'Too Sauced to Pork.'

What a shame you can't go. Also sorry to hear about the dog :-(

The recipe is interesting. I did know there was such a thing as whole grain mustard.

I'm with Judy....they should pay your way there! So sorry for everything that is going on with you and your family, Mary. *sending you great big hugs*

Yes, you two DEFINITELY must come there next year. I was blown away by the intensity.