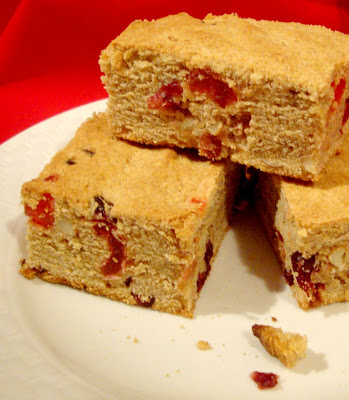 Whether you're Catholic or not, you've gotta be fascinated by the drama going on at the Vatican. Abdication, but with no love interest à la Edward VIII and Wallis Simpson. Mystery. Intrigue. Pomp, circumstance, formality. Tradition, but with a twist. Grandeur. Secrecy. Questions that come with few answers. Anticipation. Who needs soap operas when you can simply watch this saga unfold?

Pope Benedict XVI is leaving his appointed post tomorrow, and will become the Pontiff Emeritus. Truth be told, I can't say that I'm sorry to see him go - he was the expected benchwarmer after the death of Pope John Paul II, and he has been a tremendously divisive force. Benedict is a "my way or the highway" kinda guy when it comes to his flock - and, admittedly, that's a part of his job as head of the Church. But he's a hard-liner who has kept truer to the letter of the law than to its spirit, leaving millions feeling wounded and berated rather than valued and welcomed. There has been virtually no understanding or empathy; there has only been the expectation of blind obedience. There is apparently no realization that the Church is about its people - frail and fragile humans - in addition to its doctrine. And recent documents indicate that while he was persecuting others, he may very well have been neglecting responsibilities he should have been tending to, whether not wanting to confront the issues or not wanting to believe that they could be true. And then, once it has all come to a crisis point, he is running away rather than actually leading the Church he was entrusted with.

So, anyway .... Benedict has chosen to retire - an act so shocking that it is difficult to fully explain its significance to those outside the Church. Catholicism teaches that you "offer up" your sufferings, that Christ took on our burdens; this is supposed to help you endure your challenges, such that you continue through them and meet your responsibilities with Christ's aid. Benedict isn't doing this, claiming instead that his health is an issue but without offering specifics. There are cardinals and administrators who assist with the inner workings at the Vatican - clearly, they helped John Paul II in his final years of poor health - who could have essentially acted as regents here, too, while Benedict remained in his post if, in fact, the medical concerns are valid rather than being an excuse. So why is he leaving, when he could rely upon God's watchful provision and some human intervention? He is viewing this more as a job than as a calling, and feels incapable of adequately performing the duties anymore. But this action makes it appear that he doesn't believe God will give him the strength and resources he needs, whether physical or spiritual. It is inconceivable that the leader of the Catholic Church would set this sort of precedent, one of an apparent lack of faith and trust.

The Church also venerates martyrs, teaching their stories as consummate examples of behavior to emulate; the greater the suffering for Jesus, for God, for the Church (i.e.: St. Lawrence being roasted on a spit, St. Bartholomew being flayed alive), the more noble and admirable one is. So then, why isn't Benedict continuing in his appointed role despite health concerns? Shouldn't he be engaging in the self-sacrificial behavior that the Church so values? It appears - and again, we have no information about his possible illness (or other stresses), given the Vatican's nearly pathological secrecy - that martyrdom is for others, and that Benedict isn't willing or able to follow this example. I have to wonder, is this the sort of model the leader of the Church should be providing: "Do as I say, not as I do?" And then, if the reports of egregious waywardness among priests and others at the Vatican are true, why isn't Benedict cleaning up the Church rather than abandoning it for his successor to rescue? He is choosing to leave a legacy of neglect and failure.

It has been centuries since a Pope left his post, which has led to lots of whispering, debate, discussion, confusion, curiosity, upset, and - in some cases - glee. There is much anticipation, as well. Will the College of Cardinals elect yet another Italian or European pope, or will they realize that a global church requires acknowledgement of other continents? Will they elect someone who is very conservative, or only moderately so? Do they fully comprehend how tarnished the Church's image is, and will they choose someone who will strive for some apology and atonement and redemption, someone who realizes that the suffering inflicted deserved greater care than the Vatican's own reputation? Will they pick someone strident who will "clean house?" Or will they pick someone who is warm and engaging and makes the faithful (and even the not-so-faithful) feel listened to and respected, someone who can be cooperative even while maintaining his party line? There is a great deal of speculation, and there are no exit polls to offer guidance. But there are betting sites offering odds on the next pope!

I try not to be too unkind, even given my significant grievances with Benedict. He is human, after all, like the members of his Church; they - we - all make mistakes. I would love to have been privy to his decision-making process regarding this astounding act, which truly must have been agonizing.

The more forgiving side of me acknowledges that Benedict likes cats, and by some accounts could have the potential to be the male equivalent of a "crazy cat lady" - something Jeremy fears will happen to me, though I am currently cat-less! - so I can muster some fondness for this trait.

Benedict also seems to have a sweet tooth, as one of his favorite items is a baked good called Pizza Ebraica: a traditionally slightly-charred slab filled with nuts and dried fruits that bears no resemblance to what we know as "pizza." Translated, the name means "Jewish Pizza," but it is really sort of a bar cookie-ish fruitcake (or fruitcake-y bar cookie) that is reminiscent of biscotti in that it would be perfect for dunking.

Pope Benedict once wrote a letter to the bakers/owners of Pasticceria Limentani [pahs-tee-chay-REE-ah lee-mehn-TAH-nee] in Rome's Jewish Ghetto, complimenting them on their goodies. Well, what better way to acknowledge his retirement than to bake a batch of these treats that the bakery specializes in? I adapted the recipe a bit, and the resulting treats are perfect for enjoying, along with a cup of tea, during an afternoon of petting purring pussycats and not worrying anymore about little administrative details at the office.

This recipe is loosely based upon one found in Cucina Ebraica: Flavors of the Italian Jewish Kitchen by Joyce Goldstein, which was a gift from my very dear friend Mary Schuman, "The Other Mary." I didn't char my version, and I turned it into more of a dessert bar than a flatter patty.

In a large mixing bowl, cream together butter, shortening, and sugar; stir in eggs, salt, and cinnamon.

Stir in cranberries with all of the orange juice. Stir in almonds, pine nuts, and cherries.

Press batter into prepared pan; bake for 35-40 minutes until a tester inserted into the center comes out clean and the "pizza" is golden brown.

Note: A glaze is not traditional, but it would be a lovely addition. Stir together some confectioners' sugar and either freshly squeezed orange juice or brandy until the mixture is of drizzling consistency; dribble over the cooled "pizza" before cutting, then let the glaze set.

I have my feelings and beliefs on why he is leaving.. and health reasons is low, low, low on that list. Ok... I'll give just a little considering he likes cats.. but just a little :)
Loving this recipe.. can't pronounce it, but I'd eat it nonetheless!!

This was a fascinating read for me. I have read much about his resignation and it was interesting to hear the history behind it!

You know what his new title will be right?

It is Eggs errr Ex-Benedict ;)

Amen, Sista! Having had a pretty stereotypical Irish Catholic upbringing and being an alumnae of Catholic school myself, I've been wondering what my (very devout) parents would have thought of this.

To be honest, I've even pondered the possibility that there was some level of "encouragement" to step down, before the Church lost even more of it's flock. From much of what I've seen/read, it seems a fair majority of Catholics are relieved (if not downright happy) to see him go.

While I doubt we'll ever know the whole story behind this abdication, I'm pretty sure there'll be plenty of speculation. One thing I do know; the next pontiff will have to possess a gentle heart and an iron will. He has a truly monumental task ahead of him.