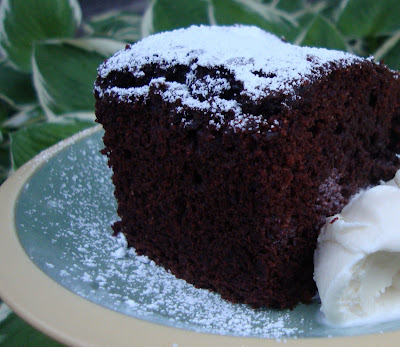 Well, last week's match-up between the University of Michigan and Western Michigan University was certainly an odd one! Michigan won 34-10, once both teams agreed to end the game in the third quarter after two weather delays and an eventual evacuation of the stadium because of storms and lightning. And this was on a day that had started out with bright sunshine and heat advisories!

But hey, a win is a win! And especially when it turned out that Western - from the MAC conference rather than Michigan's Big 10 - was up for the challenge and even scored first. But the game took a turn for Michigan when we intercepted Western near the end zone (they were on the 7-yard line), and Brandon Herron ran it back 94 yards for a touchdown!!!

And now we're on to a school with which we have a long and exciting history - Notre Dame. According to Wikipedia:

"Michigan football and Notre Dame football are considered to be among the most elite college programs. Michigan and Notre Dame respectively rank #1 and #2 in winning percentage and #1 and #3 in all time wins .... Including the 2010 season game, Michigan leads the overall series 22-15-1; (since 1978) the two teams are 13-13-1."

So, given that the Wolverines are playing the Fighting Irish on Saturday night, I decided to bake a cake using a product that is absolutely quintessentially Irish: Guinness.

But I didn't just use regular ol' Guinness ... uh uh. I used the Foreign Extra Stout, which is "brewed with generous hops and roasted barley for a bittersweet balance & full-flavored, natural bite."

In the bottle, I have to say that the stuff smelled even worse than beer usually does. Out of the bottle, though - and especially with butter melting into it as the first step in making the cake - it smelled like molasses and caramel, and the mixture seemed reminiscent of a hot toddy. The stout flavor isn't noticeable in the final product, but it certainly provides a depth that isn't found in ordinary chocolate cakes.

This unique twist on a basic dessert is fabulously moist and rich and decadent; it makes a perfect treat whether tailgating or watching the game at home with friends and family. It's simple to make, and tastes absolutely divine ... how appropriate when my team is playing one whose home stadium is watched over by Touchdown Jesus!


Chocolate Guinness Cake
(modified from a recipe by Nigella Lawson)

In a large saucepan, melt together the Guinness and butter over low heat. Meanwhile, place the cocoa powder and sugar into a large mixing bowl, then whisk in the Guinness mixture once melted.

Add the sour cream and eggs; combine well. Add the flour and baking soda, and whisk until smooth. Pour into the prepared pan, and bake 35-40 minutes until a tester comes out clean. Cool completely on a rack, and don't worry if the top of the cake cracks a bit or sinks slightly in the center - that's just its nature, and it still tastes amazing!

Trim 1/4" around the edges of the cake. Cut the cake in half cross-wise, then cut each half into quarters. Place each piece onto a dessert plate, and sift confectioners' sugar over the top.

Makes 8 servings, and is ideal served with ice cream.
Posted by Yenta Mary at 8:00 AM

I'm pretty sure that Guiness was made for a recipe like this. It looks fantastic, Mary!

Mmmmmmmmm... guinness cake!! I bet it is the bomb! I've made guinness ice cream before... Oh, wait.. the cake plus the ice cream - that would definitely be heaven!!!

I made a similar cake for St. Patrick's Day and the Guinness is definitely a great mix with chocolate. YUM!!!

What an intriguing recipe! This is one I've got to make for my son-in-law who is a huge Notre Dame fan. :-)

Cake from Guinness stout? My first reaction was bleck!
But reading your description, and looking at the photo, I'm convinced this is definitely worthwhile. A great way to celebrate a great football rivalry.

My chocolate craving is back....

I love what you guys are usually up too. This sort of clever work and reporting!
Keep up the very good works guys I've you guys to blogroll.