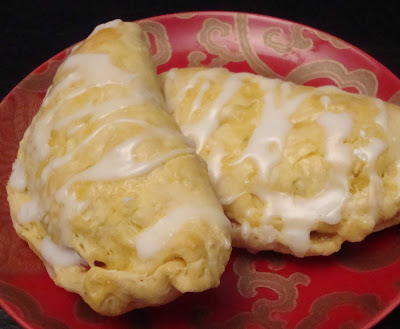 Those who live in one of the represented states know that this is virtually the only game that matters ... really. According to Wikipedia: Despite an overall record of 111–43–4, former Ohio State head coach John Cooper's "2–10–1 record against Michigan, including his failure to ever win in Ann Arbor, was ... a major contributor to his dismissal."

Except that, despite many past glories, Michigan hasn't fared particularly well in this match-up in recent years while Ohio State has been a powerhouse. I hang my head in shame as I note that the Wolverines haven't beaten the Buckeyes since 2003.

But this is our year! We're a Top 20 team, and Ohio State isn't ranked. The Buckeyes are coming to The Big House, and we're not going to be hospitable hosts.

So in honor of this final game - other than our inevitable bowl game - I'm changing things up a bit. Each Thursday since the season began, I've offered a recipe that has been representative of that weekend's opponent: Shredded Pork with Corn Cakes for Iowa, my blogging buddy Jenn's classic Nebraska Runza Bites, Chocolate Guinness Cake for Notre Dame.

But today, it's all about Michigan.

This state is famous for beautiful bright red tart cherries and for a food called "pasties." (And please know that this is pronounced [PASS-teez], not [PAY-steez]!)

Pasties are hand-held savory pies that miners in the Upper Peninsula could easily take with them for a hearty midday meal. They're very simple and straightforward food: chopped meat and vegetables bound with a bit of gravy, encased in a crust. But it's only an authentic pasty if it contains rutebaga ... trust me. This is as serious a matter to the folks in Michigan as the Ohio State game is!

So technically, I'm not providing a recipe today for "pasties" because there isn't any rutebaga in this sweet version. But this dessert - with its filling that bursts with the flavor of Michigan fruit - was inspired by the traditional pasty. Call it an homage!

I first made these years ago for some cooking contest ... I don't even remember which one. I didn't win any prize, but I did win Jeremy's devotion - he adores these treats, and it was his recommendation that I make them in honor of Saturday's game.

So try a dessert pasty that showcases Michigan's gorgeous cherries. And cheer on the Wolverines this weekend - Hail to the Victors!

(Don't forget to enter my giveaway for a $25 gift certificate to Hodgson Mills' online store! The deadline is Sunday morning!)

Place all ingredients into a medium saucepan and bring to a boil over high heat, stirring constantly. Cook just until mixture is thickened and no longer white-ish; remove from heat, place into a bowl, cover and refrigerate until cold.

Roll each of the 8 biscuits out into a 5" circle. Divide the cherries among them, placing the cherries in the center of each round. 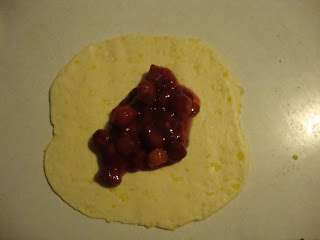 Beat the egg and brush the outer rim of the dough rounds with egg. One by one, fold the dough over the cherries to form semi-circular pasties. Press the dough to help it adhere, then crimp it and seal it with a fork. 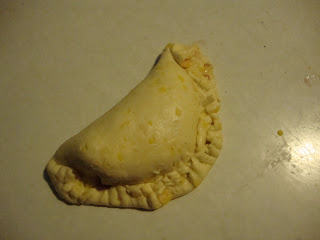 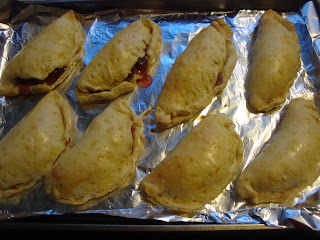 Glaze:
3/4 cup confectioners' sugar
juice from a half lemon

Whisk together glaze ingredients until smooth, then drizzle the glaze over the pasties. Let the glaze set before serving.

I gotta root for Michigan on this one too!! I mean, if they beat Nebraska they should stomp all over the Bucks... I mean Nebraska killed them!! lol LOVE pasties... friend of mine's mom made them all the time when we were in college... hhmmmmm.. wonder why I gained so much weight? lol
I can't believe I'm going to say this... but... GO BLUE!! :)
And Happy Thanksgiving to you my friend!!

I have a new neighbor (still moving in) from Michigan and for a "welcome to the neighborhood" I was going to make them a pork tenderloin with a Michigan cherry glaze.

Your pastie looks wonderful, I could sure go for one right now. Good luck at the game today! Was just watching the team walk in on ESPN Game Day.

Hope you had a wonderful Thanksgiving and that your team won! My mom made hand pies a lot when I was growing up; but never with biscuits and never with luscious cherry filling and a lemon glaze. They would be my choice hands down. Yum!