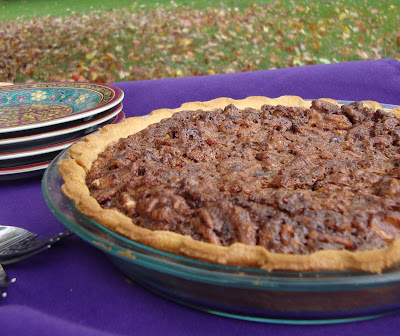 Back in March, I offered a donation to the Jewish Community Center for its annual auction; my very good friend Fran Martin - a retired medical librarian who is now a professional volunteer, giving so much to so many organizations and individuals! - was chairing the event, and she had used her considerable charm to persuade me to contribute to the cause.

After much deliberation, I gave a package which included a trio of treats as well as the opportunity to have 15 or more minutes of fame via an interview about - what else? - food. A few details of the winner's life, history, and such might also appear. But the overall theme was going to be my favorite topic. You might think I'm obsessive, but I just like to think I'm passionate! 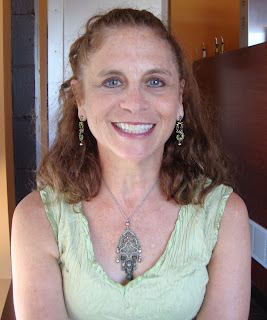 So, after all this preamble, who won the goodies and the chance for stardom? Well, lo and behold! Why, Fran won that package!

We've met for smoothies, we've chatted on the phone, we've emailed back and forth, and after all this time - with a few surprises thrown in on each side of the equation to delay us a bit - our mission has been accomplished. The timing is actually perfect, because Thanksgiving is Fran's favorite holiday and the recipe she's shared is ideal for the feast.

A girl after my own heart, when it comes to food Fran likes "to mix things up a bit to avoid boredom." She was never formally taught to cook, but she believes that anyone can do so if they follow a recipe. I don't know about that myself, having heard stories from others who are literate and who've had good intentions but who still wreak havoc in the kitchen!

But in Fran's case, she has taught herself well with this method; clearly she has talent, as well as a true love for food and for preparing it. She is a kindred spirit who has "been collecting recipes and cookbooks for years." The first time she prepares a recipe, she'll make it exactly; on subsequent preparations, though, she'll "shake things up a bit." Fran has told me that she doesn't create her own recipes, rather relying upon others'. Some of her family's favorite dishes include ricotta-free vegetarian lasagna, roasted redskin potatoes, a cornbread stuffing with apple cider and pecans, and "a wonderful mushroom barley soup."

Fran, apparently, did not derive her kitchen talents from her mother: "Her specialties ... I could not eat for the life of me. These included sweet and sour cabbage soup and Romanian style eggplant salad. It wasn't until I started making my own that I realized that meatloaf was good! I also didn't realize that brownies didn't come out of a box until I was in my twenties and actually made them from scratch."

Growing up in Northwest Detroit, in a predominately Jewish neighborhood "in the area called The Avenue of Fashion," Fran's family kept kosher ... sorta. Her mother "only allowed kosher meat in the house, with the exception of bacon or Canadian bacon. Yeah ...." Only when she attended religious school did she learn that "no, bacon was not kosher." Fran hasn't eaten it since.

Despite these early quirks in the family's level of kashrut (the Jewish dietary laws), Fran and her husband Irwin, an associate professor at Eastern Michigan University "who bleeds maize and blue" - The University of Michigan's colors! - keep a not-quite-strictly kosher kitchen in their home. Fran considers herself kosher, and does not eat pork or shellfish; and she doesn't mix milk with meat which, in her case, is specifically chicken since she doesn't eat red meat. She also doesn't eat veal "because I have a conscience," despite breaded veal cutlets having been the one food her mother made which Fran loved.

Many of Fran's childhood food memories echo my own, and I found myself wistful and nostalgic upon learning of them: "Since I was not a fan of my mother's cooking, my special memories of food came from elsewhere. I have fond memories of my dad taking me to the Michigan State Fair (may it rest in peace). Our big treat was hot corn on the cob dripping in butter and the best glazed donuts I ever had."

And just as I remember special trips to Schrafft's - a nice but not fancy restaurant in New York City - with my mother, Fran told me about visiting the Detroit equivalent, Sanders:

"Another favorite treat was going downtown and having lunch at Sanders. It always consisted of their amazing tuna sandwiches (who knew they could be good?) and Sanders had a yellow cake with buttercream frosting that also had crushed nuts on the outside. It was heavenly .... (My) favorite treat as a kid was the Sanders hot fudge cream puff: French vanilla ice cream in a cream puff shell covered in hot fudge." Sigh.

Sanders closed its stores some time ago, but a new one has opened not too far from Ann Arbor: "I understand there is a Sanders store where one can again get this amazing treat. I haven't made it down there, however." Perhaps a girls' road trip is in order ...? Because my grandmother used to bring Sanders hot fudge sauce when she came to visit us in New York, I have my own treasured attachment to this fabulous delicacy.

So, after talking about all of these wonderful comfort foods, what is the most exotic thing Fran has ever eaten? Seaweed, in a Chinese restaurant in London. "I'm not into exotic foods. Andrew Zimmern, of TV fame, is the polar opposite of me. I've watched his show as he travels around the world and eats stuff I don't even consider food. YUCK." The rest of the family, however, "will eat virtually anything, and has as we have travelled." Fran's son joined Irwin in eating emu steaks in Australia; and Irwin tried snapper soup in Grand Cayman, but only after agreeing to Fran's terms - they had to adopt a snapping turtle to release into the sea.

Although Fran loves to cook, and especially enjoys preparing big meals for her extended family when they come home to visit, her primary culinary disappointment is the limited palates of her two gorgeous toddler granddaughters who live in Massachusetts. "Unfortunately, their favorite foods are Dunkin Donuts chocolate donuts, Kraft macaroni and cheese, chicken nuggets and anything with Nutella on it."
Oy! But they have time ....

I hope you've enjoyed meeting Fran, whom I love dearly. After all, how could I - of all people! - not adore a woman who says "I like my fish cooked. Hence, I am not a fan of sushi."? That is just one of my dear friend's stellar qualities.

You absolutely must try Fran's Chocolate Pecan Pie, the recipe she offered when I asked for one to share with everyone. As she says, "I can only make (it) on special occasions, because we truly could eat it every day, which would not be a good thing .... Served warm with whipped cream is ecstasy. OMG."

Well, it's hard to beat that kind of endorsement! But if - like Fran - you'd like to offer "at least two different types of pies" at your Thanksgiving meal, here is a selection to choose from that could complement the recipe below:

Preheat oven to 350F. Lay crust into a pie pan and trim excess.

In a small saucepan, melt together butter and chocolate.

Place the nuts on the bottom of the crust. Carefully pour the chocolate mixture over the nuts.

Bake the pie for 1 hour, until puffed and a knife inserted 1" away from the edge comes out clean. The pie will deflate as it cools.

Serve warm or at room temperature, with whipped cream.
Posted by Yenta Mary at 6:00 AM

What a great interview! My mom wasn't the greatest cook when we were kids either.. although she is like a find wine, she got much better with age!! :)
The pie sounds delicious...actually, they all do!!!

Very nice interview. I love reading about Fran and her love for cooking. Oh, and the peacan pie, looks delish! So many yummy desserts for the holidays!

Great post! It was fun reading about Fran. Her recipe is similar to a chocolate bourbon peacan pie I made in Scotland